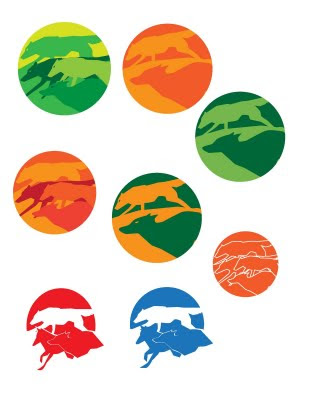 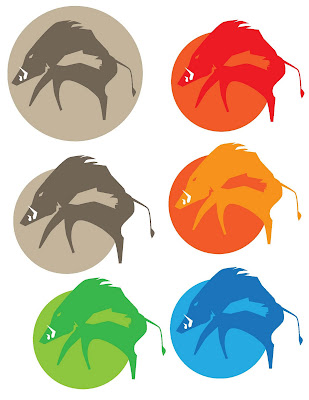 My brother asked me to come up with some logo ideas for his platoon and company. The mascot, or whatever you call it, is "warpig" and "wolfpack". Don't remember which ones for the platoon and which one's the company.

Yes. I can hear you sniggering. I didn't come up with the names. Remember, they're a bunch of teenage boys who have been stuck out in the summer heat in Georgia for weeks now. Give them a break.

I haven't heard back from him on what he thinks. I hope he likes something; he's asked me to do things like this before for his airsoft teams and I've kind of dropped the ball on him several times . . .
Posted by Unknown at 3:41 PM