So I was checking up on what Justin Gerard had been up to and discovered a new illustrator!  Mr. Gerard is headed to Washington at the end of March for a workshop that I am highly desirous to participate in - if Amazon would stop stealing my money by tempting me with their capacious amounts of fantastic art books.  And books in general.  Anyway, where was I?  Ah!  New illustrator! 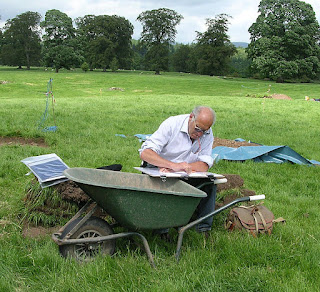 Well, actually, he's not "new" he's been around for a while - and I'm still trying to figure out if I should have known who he is . . . But that's beside the point.  He's awesome.  Watercolors, pen and ink, AND he recreates ancient civilizations on site for some BBC program!  And has books on how to do that.  I'm telling you angels are singing here, right now. 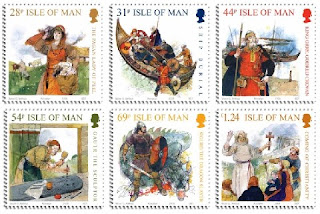 His name is Victor Ambrus; he was born in Hungary and fled to England after the failed Hungarian Uprising against the Soviets.  If you look him up on Wikipedia, it has a very extensive list of books that he's illustrated or contributed to. 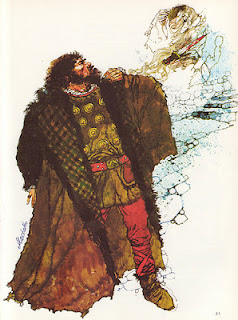 As might be suspected, I have now given Amazon more money - money that I told myself I would not being giving them again.  At this rate I might as well just sign over my first child - second, too, maybe.  But I have 4 new(ish) books by this guy coming my way! So excited!

Part of the reason that I am excited is that my mind has been infected (again) by an idea of epic proportions similar to the other two ideas that my mind is still under the effects of (which you can see here and here).  It has the potential of being significantly more epic than either Silkwood and Co. or The Robin Hood Project (if you can believe that).  It involves being able to illustrate life from several different periods of history, and so you can see why Ambrus' books Drawing on Archaeology and Recreating the Past are such a cool find for me!

I'm not going to tell you what my idea for the new project is - I really want to jump right into it but it involves a lot of planning and research and I need to finish the first two before I start on a new project.  But you can see some of the character ideas here (as well as a kind of hint about what this project is about on the page): 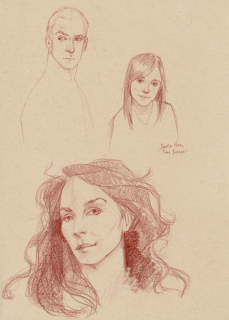 I can't help myself - they started talking to me and telling me their stories and then I got a download of ideas . . . I just couldn't help myself!  I had to do some drawings for them!

Amazon manages to keep taking my money in exchange for art books too. It's addicting! Now I have more to add to the wishlist thanks to you. :)

Eesh. Sorry about that! Hope you enjoy it though!